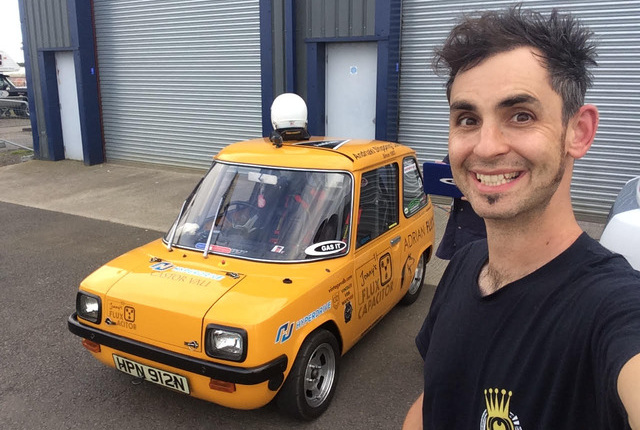 88 miles per hour? That’s nothing for this record breaker.

It may not look it, but a tiny 1970s car “often mistaken for a Reliant” pictured above is the world’s quickest street legal electric car.

British motoring personality Jonny Smith created the Jonny’s Flux Capacitor from an old Enfield 8000, and on the weekend set the world record for quickest street-legal electric vehicle. It’s a big achievement for such a small car!

Jonny managed to run the quarter-mile circuit in under 10 seconds, reaching over 194 kilometres per hour – that’s above 121 miles per hour for those wanting to compare the Smith’s ride to the other famous four-wheeled car known for a “flux capacitor.”

“I can barely believe it myself, but the Flux Capacitor Enfield 8000 is the world’s quickest (and possibly fastest) electric car with an MoT (road legal) and tax,” he wrote on his website.

“At this weekend’s Santa Pod raceway Dragstalgia event we altered the rear gearing back to the original 3.0:1 and uncorked the 400v 188-cell li-ion battery pack to try to break lower than the (already not shabby) previous PB of 10.51 seconds.

“The little car had my back all weekend and didn’t let us down, running as straight and true as always – despite a hearty headwind.”

You can watch the 2.84 metre long vehicle’s run below.

Be sure to check out Jonny’s blog for more about the project.