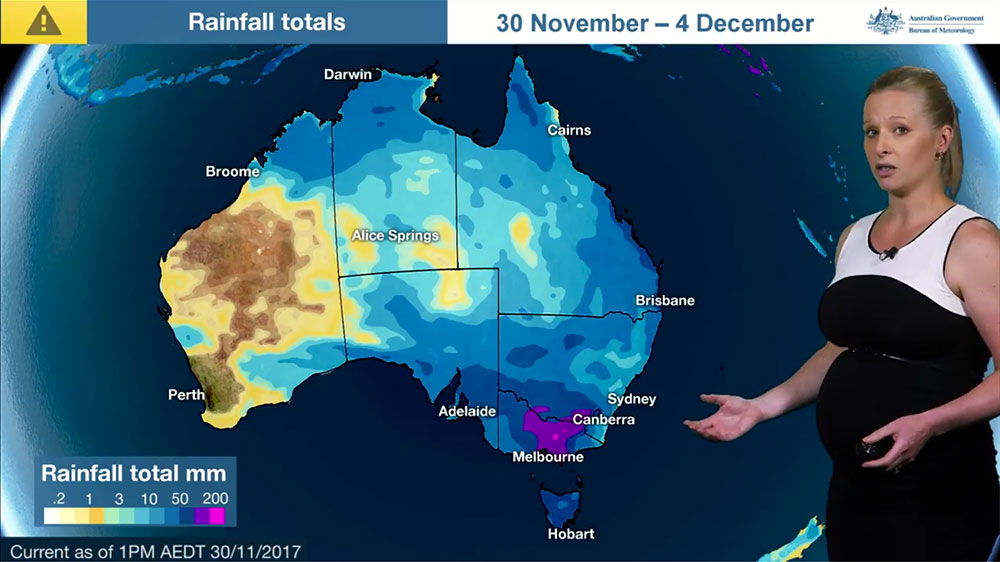 Victoria has been issued a severe weather warning so large the BoM might as well not have bothered releasing a map.

Image: a still from the BoM’s warning summary video.

The Bureau of Meterology today released this map of areas which could experience heavy rain and thunderstorms from this evening: 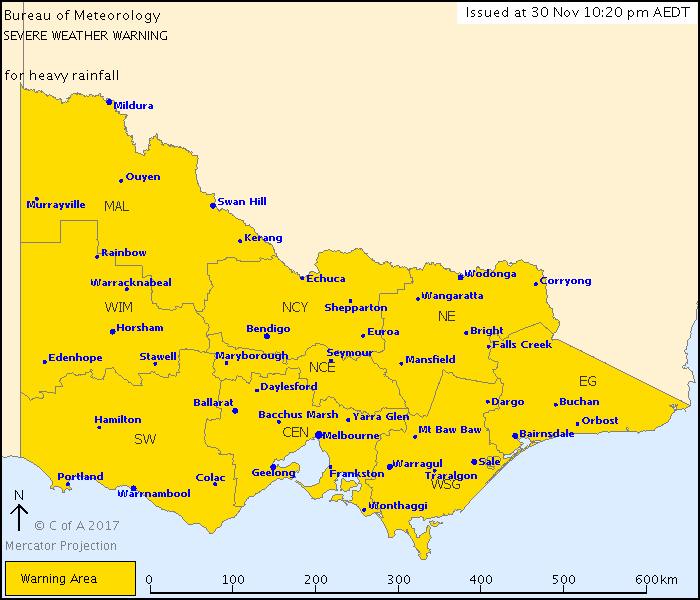 Rain is expected to continue through the weekend.

The bureau has also released a much more helpful video summarising the weather affecting the country’s south east:

Here’s the latest warning from the BoM. You can find up-to-date warnings on the BoM website.

“HEAVY RAIN and SCATTERED THUNDERSTORMS which may lead to FLASH FLOODING are likely to develop in the far west THIS EVENING then extend across remaining parts of the State during FRIDAY. Heavy rain and thunderstorm activity will continue throughout SATURDAY, though is forecast to ease in the far west. The heavy rain will contract to the southeast during SUNDAY.

“Three day rain totals of 100-200mm are expected acoss most northern and central regions of the State. Elsewhere totals are likely to be between 30 and 100mm. Over the northeast ranges falls may exceed 250mm.

“The next Severe Weather Warning will be issued by 5:00 am AEDT Friday.”