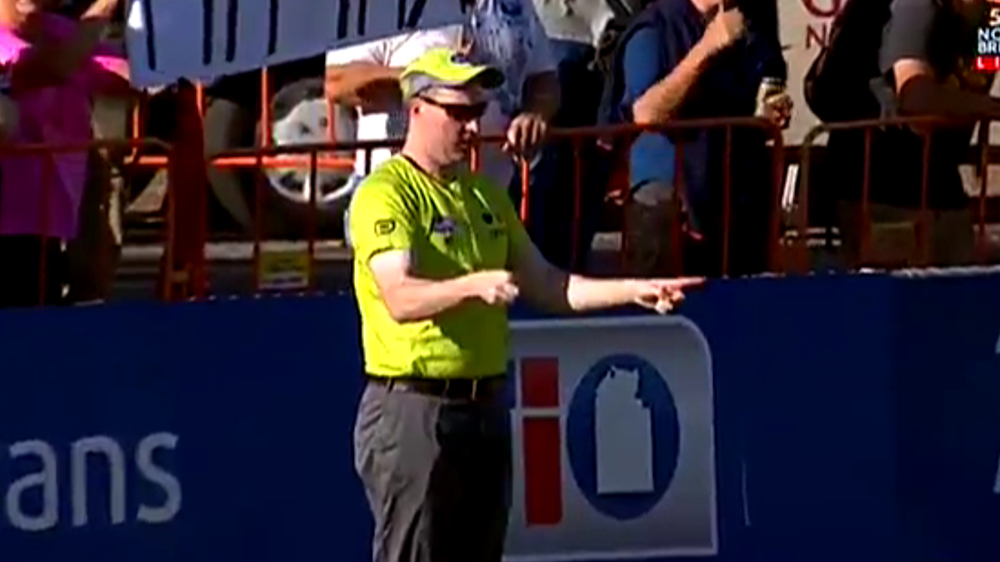 We’re impressed, albeit rather concerned!

Image: the umpire calling the goal just seconds after being knocked down. Source: AFL Twitter video.

Most of us, if hit in the face by a fast-moving football, would probably take atvery least a minute to recover. Not so for one goal umpire at today’s Melbourne Demons/Gold Coast Suns game.

Suns player Sean Lemmens’ opening goal was a hit for the team, but gave the umpire a blood nose too. Delivered from near the goal, Lemmens’ kick took the ball straight to the umpire’s face, knocking them to the ground.

It’s clear the umpire holds the game above their personal safety – they were on the ground for barely two seconds before getting up to acknowledge the goal. 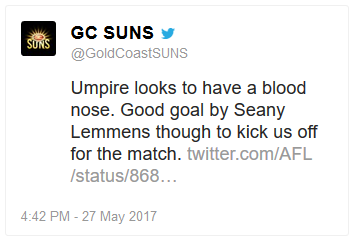 Footage of the incident is available, however out of respect for the umpire we have chosen not to publish it here. We just hope they’re okay, and that the league acknowledges their dedication!

And a reminder: while we are impressed by this umpire’s dedication, you should always take the risks of concussion seriously.