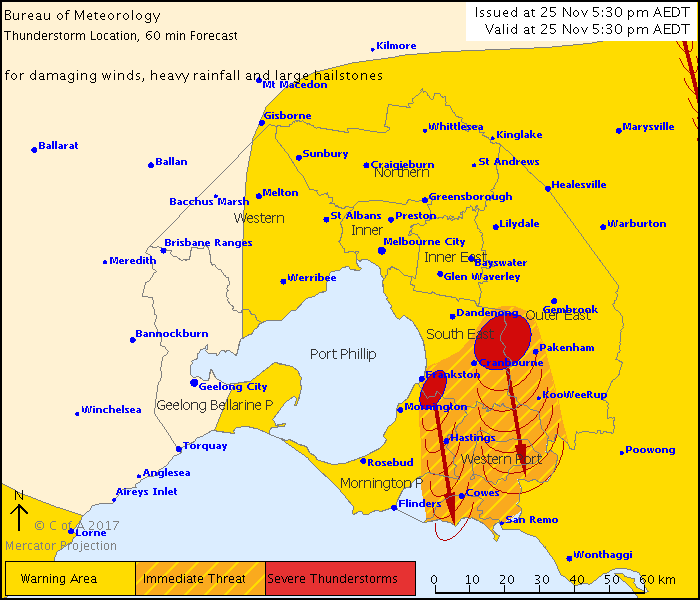 Casey and Cardinia have been included in a severe thunderstorm warning for damaging winds, large hailstones, and heavy rainfall.

Almost half of the state is covered by a severe thunderstorm warning, but Melbourne’s outer east has been specifically highlighter by the Bureau of Meteorology.

The warning below is from the BoM, issued at 5.30pm today. Click here for the latest warnings.

“Damaging winds, heavy rainfall that may lead to flash flooding and large hailstones are likely. 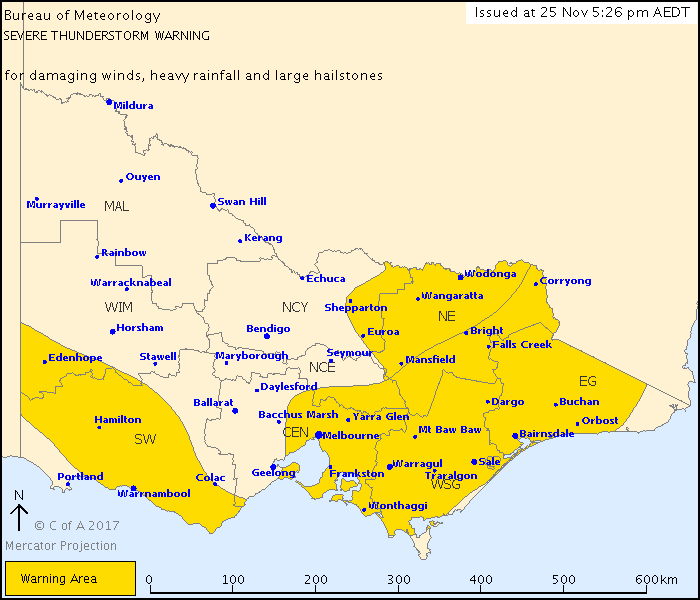 Above: the statewide map. Source: BoM.