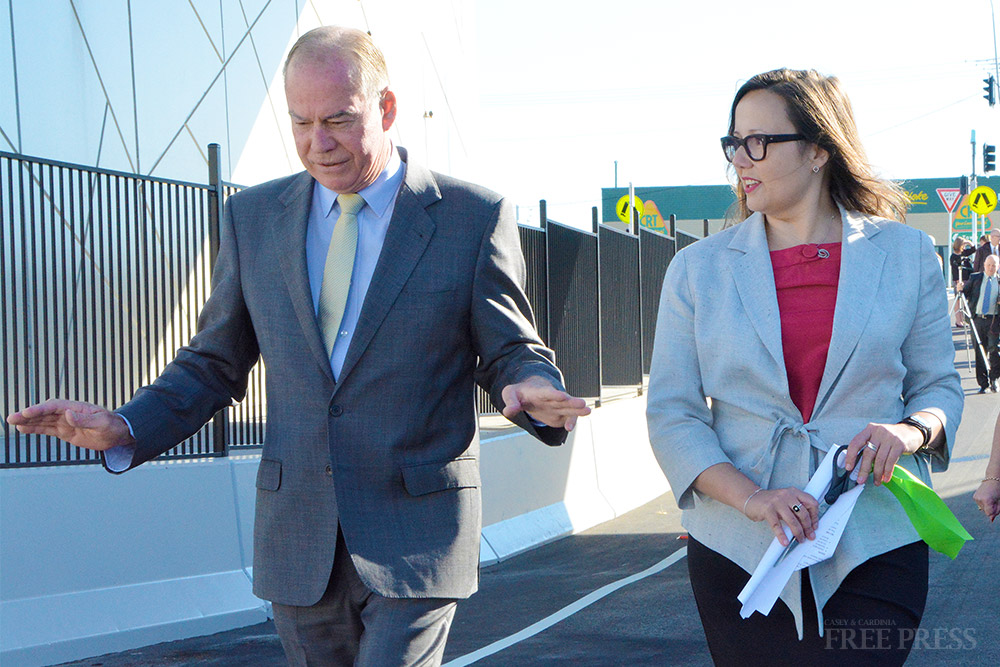 Russell Broadbent has said he will not support a motion for marriage equality despite a majority of voters in his electorate wanting him to.

That result was below Victoria’s average of 64.9 per cent, but above the national average of 61.6 per cent.

Mr Broadbent yesterday told ABC Gippsland he intends to vote no or abstain from voting when legislation to allow same sex marriage reaches the House of Representatives.

Requests from the Casey & Cardinia Free Press for comment from Mr Broadbent went unanswered, so here’s what Mr Broadbent told the ABC:

“I’m not unsure of how I will vote,” Mr Broadbent told Jonathon Kendall.

“I’ll either abstain or vote no, but it’s likely I’ll abstain.

“My position on this has been well known by my community for forever, for as long as I’ve been the member.

“I note the very strong vote in McMillan for same sex marriage based on the position of equality, and I dare say that if you ever put a proposition to an Australian about equality, you’re on a hiding to nothing because that’s in our DNA, and I expected the vote we received.”

Audio: listen to ABC Gippsland’s interview in full by hitting the play button above.

Asked why he would not be voting yes in light of this, Mr Broadbent said that was “because of a long-held position on this particular issue.”

“I expect the parliament… will respect the Australian vote, and it’s likely the representatives will probably vote 60/40 or 70/30 for the legislation.

“I will not be obstructionist, I understand and respect the will of the Australian people as voiced through this survey, but at the same time I have a long-held standing position on this.”

Asked if he was respecting the views of his electorate by abstaining despite support for a yes vote, Mr Broadbent said yes.

“I look at each proposition as it comes forward.”

Jonathon Kendall went on to ask what Mr Broadbent meant when he said he will not be obstructionist.

“I won’t be obstructionist in that, as has been proffered by some, that they will be trying to wind back anti-discrimination laws in the process.”