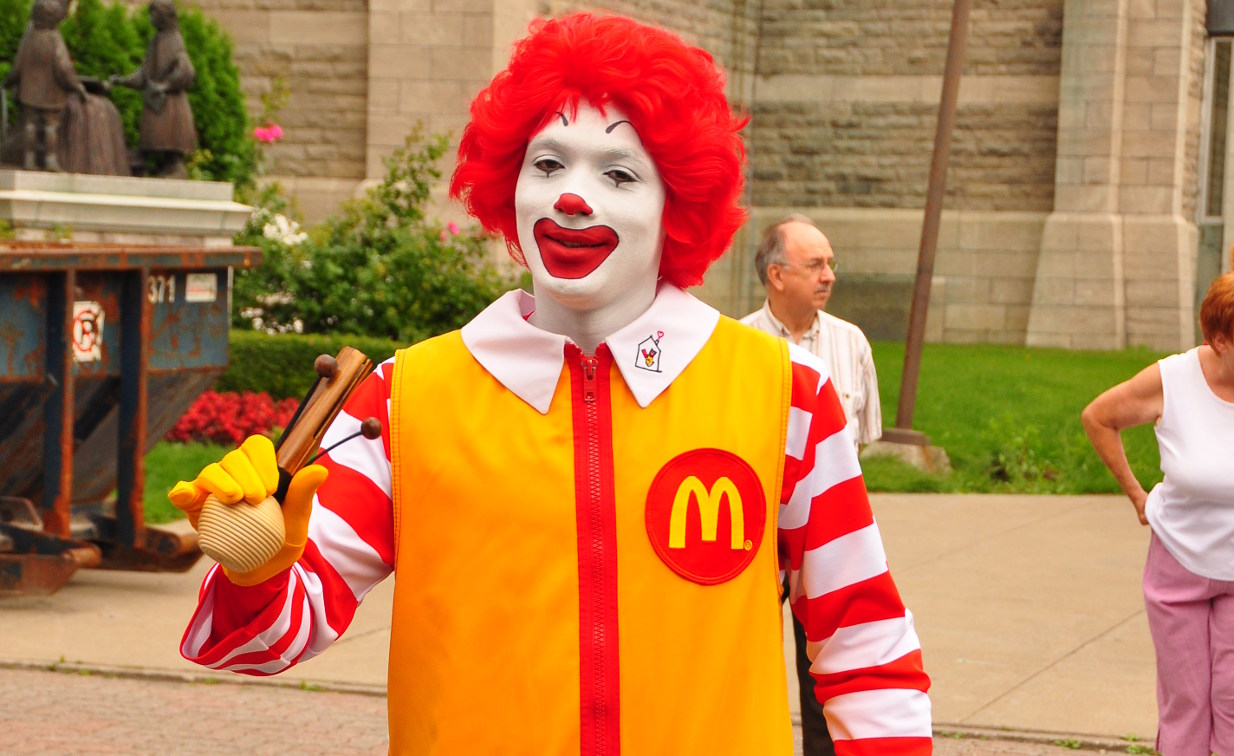 VICTORIA Police isn’t laughing after a woman was approached by a clown with an axe in Moe on Sunday morning.

The incident took place at 03:00 while the woman was sitting alone in her car on Lloyd Street, and investigators believe the same person later approached a number of vehicles leaving the nearby McDonald’s restaurant drive-through.

In a media release, a police spokesperson said a group of people at the venue denied having any knowledge of the incident.

A search of several cars located a clown mask, axe, and baseball bat.

The spokesperson said a 23-year-old East Gippslander was arrested and interviewed at the scene. They were later released, and are expected to be charged on summons with assault, weapons, public order, and disguise-related offences.

Nobody was injured and no property was damaged, but police are reminding members of the public considering taking part in the “clown purge” craze that they may be breaking the law.

“We understand some people are getting involved for a bit of fun, however this arrest is a timely reminder that this behaviour is not amusing, and in many cases, it is criminal,” the spokesperson said.

“The penalty for possessing an article of disguise is up two years imprisonment.

“Victoria Police does not tolerate intimidation, the incitement of fear or the carrying of weapons.

“If you feel frightened at any time please call Triple Zero (000) or if you have information relating to this type of behaviour call Crime Stoppers on 1800 333 000.”